To ensure that street animals and birds get food, all-time meal (ATM) facility has been provided in various parts of the state, where anyone can drop food for stray animals, who can come here and go after having their meal.

Sherry and Diya Foundation (Non-Government Organisation) run by Mr. Rakesh Kothari has started to installed ATMs (All Time Meal) in the state with the help of various donors. In these ATMs people can drop food in the lower part, which is easily accessible by animals be it stray dog, cattle, cat or any other.

Rakesh Kothari, founder of Sherry and Diya Foundation, first ATM was installed in KamathiPura, Mumbai. Earlier, the NGO spent money on these ATMs and now, some other donors are supporting to their cause. “We mention the name of the sponsor of the ATM at the bottom of it,” he adds.

The purpose of our NGO is to sensitise people about stray animals so that no stray animal sleeps with an empty stomach. The ATMs are installed with the consent of people of the locality so that these get food from people in the vicinity without any break. The members of the NGOs take care of these ATMs, Rakesh Kothari said.

The members involved in this social cause educate people to pack their food and donate it at the ATM. The effort is visible at the ATMs, as people are coming forward and donating food regularly, he said.

If each one of you Donate to this Cause, more ATM’s can be set up for these stray animals and birds. 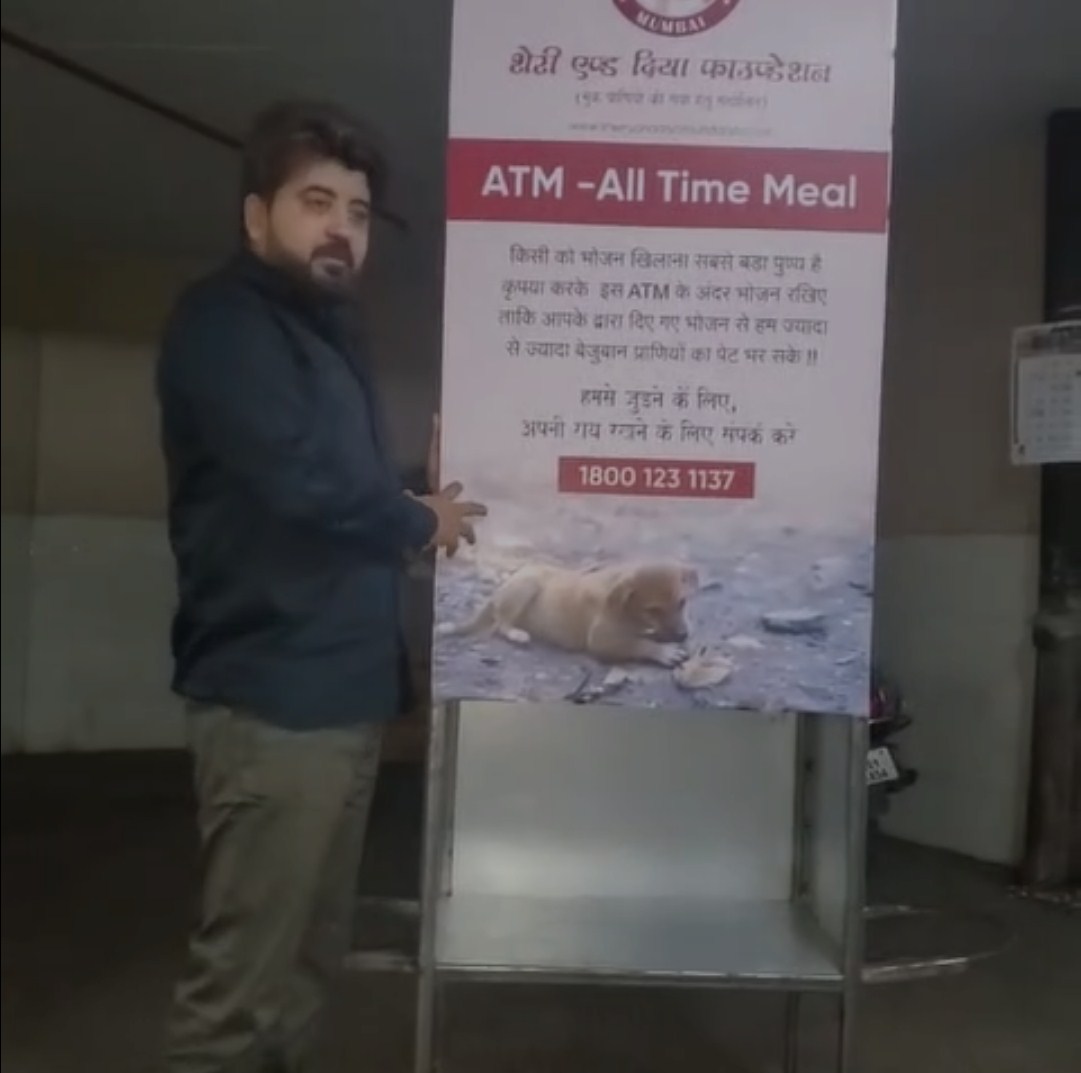 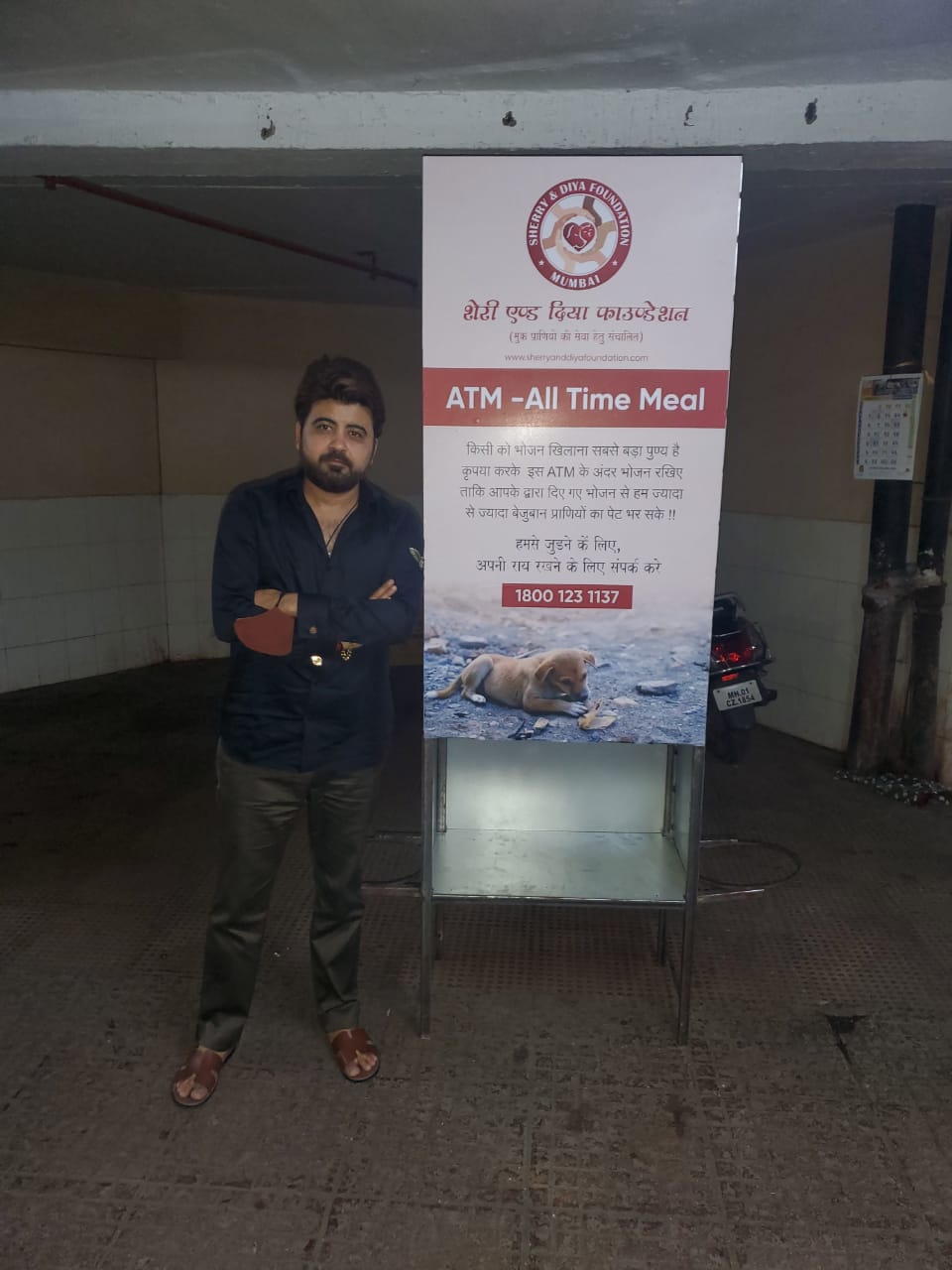 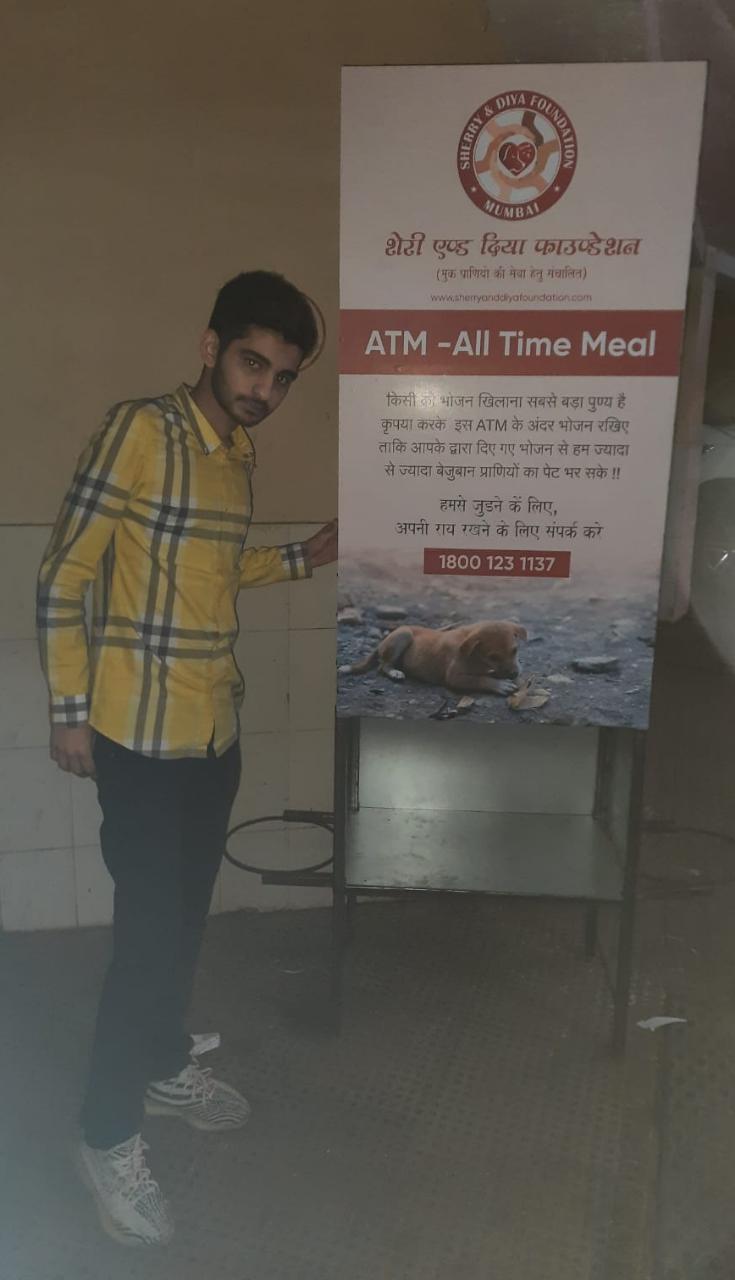